Keep Storm Season Safe With These Facts About Hurricanes 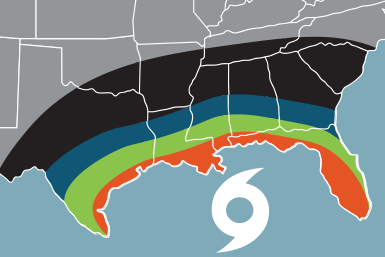 What is a hurricane?

Hurricanes are tropical cyclones that form in the western hemisphere and the Atlantic Ocean. Tropical cyclones are the most complex and powerful storm systems on Earth. They pack all the hazards of the planet's atmosphere: torrential rain, lightning, hail, high speed winds, and tornadoes. And they all begin with calm winds swirling over very calm, warm waters.

Where do hurricanes form? 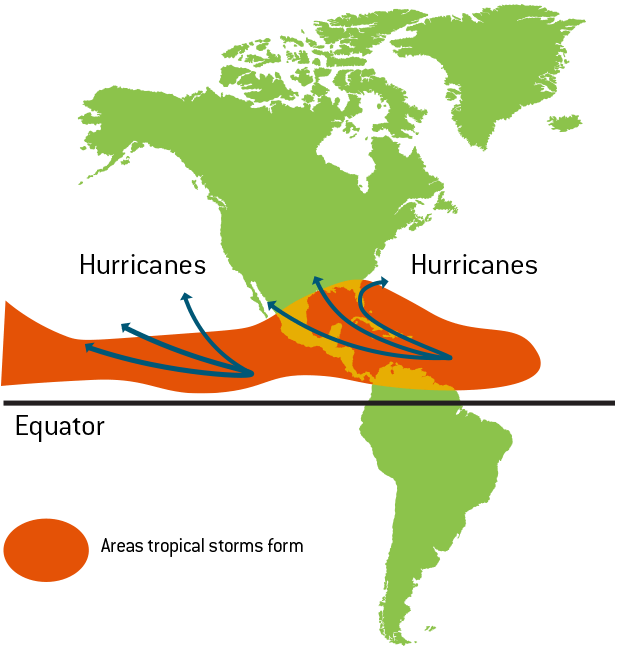 As seen in the image above, hurricanes in the Pacific ocean form in the waters off western coast of Mexico and often move northwest, further into the ocean. Hurricanes that do head to the U.S., often lose strength or dissipate before reaching the west coast due to cooler water and upper-level wind shears. Hurricanes in the Atlantic ocean however, often pose a much greater threat. This is greatly due to the dry, hot winds that are blown westward from the Saharan desert.

How are hurricanes formed?

Steps to a hurricane formation:

When do hurricanes form?

Hurricanes form at different times depending upon where they occur.

How big are hurricanes? 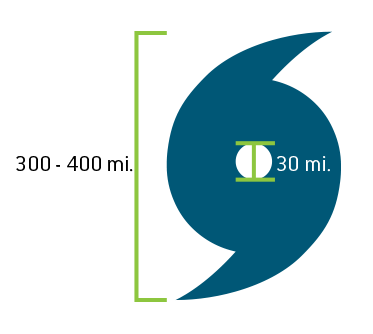 On average, the diameter of hurricane-force winds is about 100 miles. Slower speed winds further out from the storm center increase the storm system's diameter on average 300 to 400 miles across. And the eye of the hurricane is 30 miles in diameter.

How dangerous is a hurricane?

A hurricane is dangerous no matter its size or strength. A hurricane's high winds, storm surges, heavy rains and tornadoes all pose a threat to anything in the hurricane's path. While that path varies from hurricane to hurricane, it is often the coastal states with heavily populated areas that bear the brunt of the destruction. Hurricane force wind strength is rated according to the Saffir-Simpson Hurricane Wind Scale. This scale estimates potential property damage according to the hurricane's sustained wind speed.

In addition to high winds, a hurricane causes high tides. A normal ocean tide is about two feet tall. But when storm winds push up against the ocean surface, pulling up sea water, this forms a storm surge that piles on top of the normal tide. If a hurricane's winds add 15 feet on top of the normal two feet ocean tide, this produces a 17 food storm tide, which can very easily sweep away buildings, trees, cars, and people.

Storm tide height also depends on whether the tide is high or low. The worst case is when a hurricane has generated a storm tide during a normal high tide. High tides carry storm surges higher and help send them further inland.

How far inland do hurricanes go?

Hurricanes can travel up to 100 – 200 miles inland. However, once a hurricane moves inland, it can no longer draw on heat energy from the ocean and weakens rapidly to a tropical storm (39 to 73 mph winds) or tropical depression. As hurricanes move inland, they unleash torrential rains, thus the greatest damage inland comes from flooding. Inland towns in mountainous regions are especially vulnerable to flash flooding. Rain strikes mountain sides and rushes down to the rivers, quickly inundating towns as it goes. Rain from Tropical Storm Bill (2015) dumped 10 inches of rain to west Texas, causing surging floods throughout creek and river valleys. Flash flooding in Austin and San Antonio metro areas required multiple high water rescues. Hurricanes and their remnants have struck every state in the Union.

What are the warning signs of a hurricane?

Since hurricanes develop in the ocean, it is easy to detect the coming of a hurricane before it hits inland. Weather forecasters will know several hours to several days before the arrival of a hurricane, providing ample time for preparation. Make sure to follow your local weather news channel for alerts.

What is the life-cycle of a hurricane?

What to do before a hurricane: 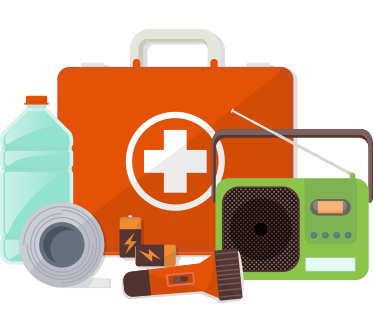 Decide if you are going to take shelter in place or evacuate.

When to consider evacuation from a hurricane:

What to do during a hurricane:

What to do after a hurricane: