What are Renewable Energy Certificates?

One of the most important things that humans can do to protect the planet is to generate renewable energy. Whereas fossil fuel energy results in harmful greenhouse gas emissions, renewable energy keeps our homes and businesses powered without contributing to climate change.

If you want to get involved in renewable energy production, you can do things like install solar panels on your roof or even erect a small wind turbine in your backyard. But since most of us can’t go completely off the electrical grid, we still need to buy some amount of electricity from our local electrical utilities. And that’s where renewable energy certificates (RECs) come into play. 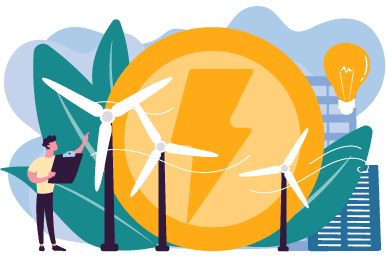 How do RECs Work?

Renewable energy isn’t necessarily generated by your electrical utility. In fact, it’s more likely that if you have electricity flowing into your home from a renewable source, it came from a third-party green energy producer like a wind or solar farm. Other sources of renewable energy include hydropower, hydrogen fuel cells and geothermal energy.

Depending on where you live, you might be participating in this eco-friendly system without even knowing it. That’s because a majority of states have laws stipulating that a certain amount of their energy must come from renewable sources, and much of this is done through the purchase of RECs. Many of these laws include schedules that increase the mandatory level of renewable energy use over several years. These laws are tracked by the National Conference of State Legislatures, so you can see how aggressively your state is transitioning to renewable energy.

We only get one Earth. For those who aren’t ready to install solar panels and start generating their own renewable energy at home, participating in a REC program is a meaningful way to help protect our planet.

Already a customer? Log in to renew or transfer your service
X
Not in Houston? Please Enter Your Location We would like to provide you with the most accurate information on on our offers, including available plans and pricing. Please enter at least your zip code, but you may also enter your complete address for more detailed information.
Please wait a moment while we
verify your address.