We Can Learn From the History of Deregulation: US Telecommunications 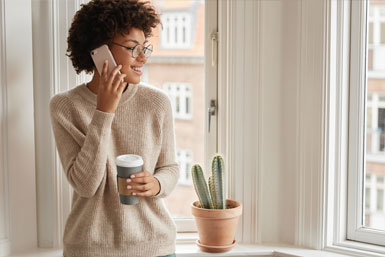 The reason these inexpensive and invaluable products and services exist is because of deregulation of telecommunications throughout the U.S. Because the U.S. telecom monopoly eventually became open to competition for the attention and dollars of potential customers, this allowed innovation to flourish.

More recently, similar innovation has taken place in the electric utility industry. A growing number of states have chosen to deregulate their electricity markets, which means most people in those states can choose their own electricity provider rather than have that choice determined by their address. This has likewise led to greater choice in electricity plans, rates, services, payment options and other features.

What can the history of telecom communications tell us about the movement to deregulate electricity?

Until 1969, the telecommunications industry in the United States was a monopoly under the control of AT&T and its seven regional Bell companies. The consumer only had one choice for their phone company and only one choice in rates. Additional services were few and expensive. Consumers could not own their own phone and had to rent it from the phone company. In fact, there was a prohibition against "foreign attachments" which even prohibited consumers from putting a protective cover on their phone book. "Ma Bell," as the government-backed monopoly was called, did what it liked.

When MCI Communications Corporation sued AT&T for restraint of trade in March, 1974, their action precipitated an investigation by the Federal Communications Commission and then a lawsuit by the Department of Justice. The result was that by 1984, AT&T was forced to divest itself of all involvement with the regional Bell companies and stick to providing long-distance service. The "Baby Bell" companies continued to run the local and regional telecommunications, but neither they nor AT&T stayed in their respective slots much longer.

The dissolution of AT&T unleashed a flood of technological advances for consumers. Within a few short years, customers could choose and buy their own telephone equipment. They could buy phones made by a variety of makers that re-dialed or had built-in answering machines. Fax machines became commonplace in business settings and some migrated to homes.

But the changes were not just limited to consumer products. The breakup ushered in changes in product development, services, consumer choice and pricing that were unimagined at the time. While the process has been rocky at times, consumers have, through the years, experienced greater benefits and advances than the Bell system could have delivered if it had been left in place.

In the wake of the AT&T breakup, government regulators permitted third parties to connect to the telephone network, designating it as a "common carriage" network. Long-distance companies mushroomed, including MCI, Sprint, and hundreds of small start-ups. With stiff competition for customers looking to save on their long-distance calls, these companies offered additional services that previously had only been available to businesses that could afford them: call waiting, speed dialing, three-way calling, voice mail and more. Consumers gained a vast choice of services from a number of providers.

Meanwhile, the FCC was breaking up Bell Labs' monopoly on cellular phone technology. Under development since 1947, radio-based telephone technology became commercially viable in the mid-1980s. In 1984, as the Bell System fractured, Motorola was selling its DynaTAC 8000X, a two-pound cell phone for $3,995.

One of the biggest advances came in the development of voice and data transmission over phone lines. Beginning in the 1960s, the telephone system gradually began converting its internal connections to digital switching systems. Developed in the mid-1980s, Integrated Services Digital Network (ISDN) digitally transmits voice and data over ordinary telephone copper wires, resulting in potentially better voice quality than an analog phone could provide.

Coupled with the introduction of the personal computer at the same time, a revolution in telecommunication poised to take the stage.

In 1979, the first text-only email service was launched. In the next ten years, more consumers bought personal computers and signed up with email and bulletin-board services such as Compuserve, Prodigy and America Online. On August 6, 1991, the first website went online at CERN. By 1993, advances in speedier network systems working via phone lines, such as Digital Subscriber Lines (DSL), and internet service providers (ISPs) began selling access via phone modem to growing computer networks throughout the globe. In 1994, in an effort to standardize practices, Tim Berners-Lee founded the World Wide Web Consortium (W3C) at MIT.

By 1996, the World Wide Web was changing people's commerce, creativity, and communication.

What Happened to Ma Bell?

The Telecommunications Act of 1996 was designed to open markets to competition. It relied on rapidly-spreading advanced voice and information technologies by requiring companies that used similar underlying network technologies to provide a single type of service. For example, there are separate regulatory regimes for carriers providing voice telephone service and providers of cable television, and a third for information services. This allowed local regional Bells to offer long-distance services (previously not permitted under the divestiture agreement from 1982) once they proved their local markets had been opened to competition.

Some consumer watchdog groups thought the 1996 deregulation went too far. Part of the fault may be that the legislation failed to anticipate developments in technology and integration of the World Wide Web. Decades later, the convergence of telephone, broadcast, cable and internet service technologies has blurred the distinction between information and telecommunications carriers, creating much controversy.

Using the Past to See the Future

Just as dismantling the Bell monopoly unleashed a flood of technical innovations, choice and lower costs in the telecom industry, the deregulation of U.S. energy markets has produced similar results. During the monopoly years, the average consumer's telecom and broadcast choices were a rented phone, a radio, and a TV that got 4 channels. Following deregulation, choices in service became available because of competition.

When Texas became one of the largest states to deregulate its electricity market in 1999, service to consumers improved because competition among service providers created more choices that fit consumers' needs. During the monopoly years, the Bell System dribbled out technological innovations only after the whole monolithic system was ready to adopt them. But following deregulation, companies developed and deployed cutting-edge technology because it expanded their markets and gave consumers integrated communication services.

At first, these advances were on phones and fax machines, and now they're on iPhones and other smart devices. The same happened when Texas electricity was deregulated. Power generation and transmission companies invested in more efficient systems, such as smart meters and renewable energy, because they developed and expanded their markets to meet the demand for more efficient and environmentally-responsible energy.

Lastly, during the monopoly years, telephone prices were all but etched in stone. Deregulation has since cut prices by allowing different kinds of companies to compete in both local and long-distance services. The same is true of the electricity market in Texas and more than a dozen other deregulated states. The price of electricity has dropped because electricity service providers shop around for competitively-priced energy and pass their pricing on to their consumers.

Texas electricity is already seeing the future through advancements in energy efficiency and renewable energy. With smart meters, consumers can better monitor their energy usage and improve their efficiency to save money. As renewable energy technology becomes cheaper and more commonplace, consumers have more choices of renewable energy plans and can even start to produce their own green energy.

Deregulation is delivering real choices to a growing number of U.S. electricity customers through competition and innovation. And as we move into a greener, more efficient energy future, those choices will allow customers to conserve and prosper.